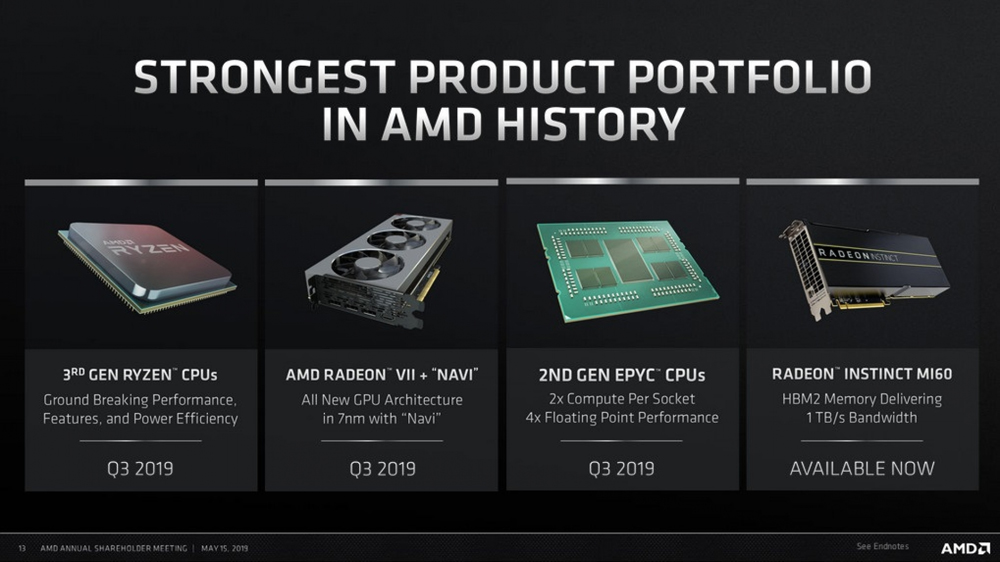 AMD confirmed during today’s annual shareholders meeting that its Zen 2-based Ryzen 3000 series CPUs and 7nm “Navi” GPUs would be released in the third quarter this year. The company’s 2nd-gen EPYC chips will also be launched in the same timeframe.

President and CEO Dr. Lisa Su will be sharing more details on these technologies during her keynote at Computex at the end of this month, as well as the “Next Horizon Gaming” event at E3.

Console Manufacturers Sony, Xbox, and Nintendo Are Not Expected to Attend E3 2023