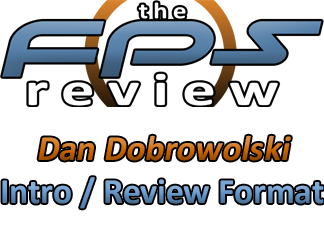 My name is Daniel Dobrowolski. I’ll try and keep this reasonably brief. For those who don’t recognize the name, for the last 14 years I wrote motherboard reviews and editorial content for HardOCP.com. I have been a PC gamer since 1996 and my time as a PC gaming enthusiast dates back to that time. All my life I’ve been a gamer, starting with the Atari 2600 and working my way up through most of the consoles. I’ve been involved with computers professionally in some capacity since 1997. Primarily I’ve worked in the IT industry in a number of different roles for many different companies.

As many of you know, HardOCP.com went into mothballs in April 2019. Like my other Ex-HardOCP contributors, I’ve been a part of the hardware industry for more than a decade. As a result, its been a significant part of my life and I couldn’t walk away from it. Naturally, my cohorts and I wanted to continue the work we did for HardOCP.com on our own. We will continue to produce the same type of “no BS” content we did for that website, but on our own terms and in our own way. As a result, you can expect the same type of content with the gaming slant we’ve always had. There will be some slight format changes and updates to try and improve on what we’ve done in the past and to make the content and website our own.

We will continue to produce the same type of “no BS” content we did for that website, but on our own terms and in our own way.

My interests as far as PC gaming go cover all aspects of computing hardware. However, primarily I will cover the same topics I covered in the past such as motherboards and chipsets. I will also cover CPU’s, and potentially other content as well as write the occasional editorials as I feel the inspiration strike. One thing that has changed at TheFPSReview.com compared to HardOCP is that we aren’t locked into a specific subject matter the way we had in the past. That said, I don’t know that I’ll ever cover something such as GPU reviews, but you can expect me to step outside the lines of my previous role here and there.